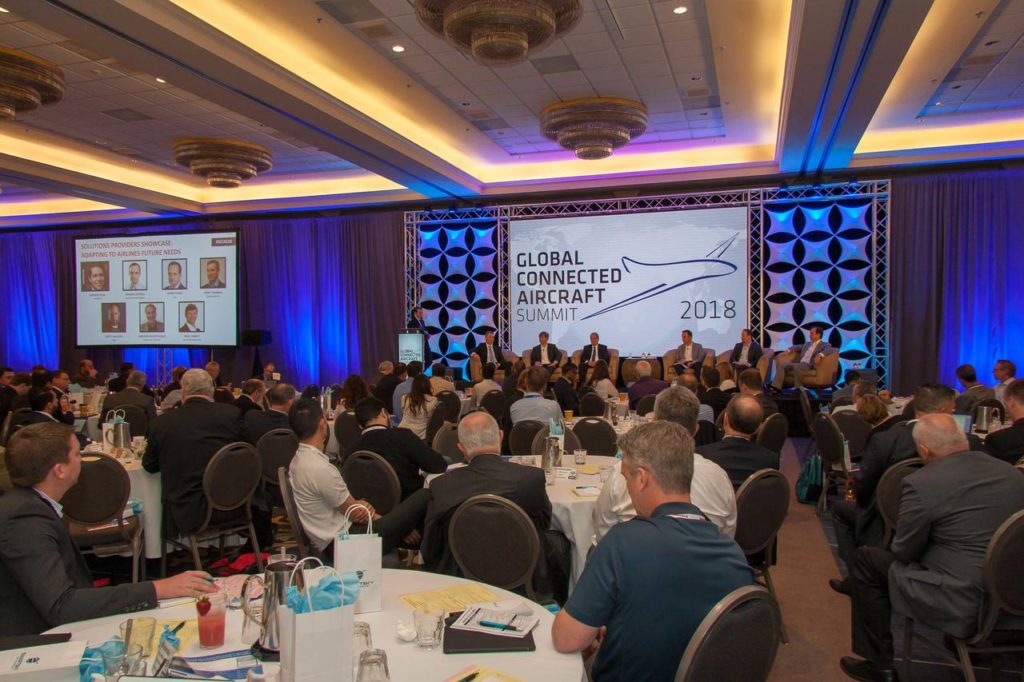 When GCAS was launched in 2012, the IFC landscape was dramatically different. Only a few airlines had launched basic services and for many it was still a pipe dream. Today, with most airlines up and running will full IFC services, the question is not so much about getting connected, but what consumers do when they are connected.

So, what will be the major talking points at GCAS this year? Andrew Penn, senior associate at Avascent has some thoughts on what topics WON’T be discussed, specifically industry consolidation amongst major players in the sector. “After years of discussion about the excess of players in this market, consolidation and reshaping has finally begun to take shape,” he says. “From the Panasonic/Inmarsat partnership, to Inmarsat’s pending acquisition by Triton-Bidco (a PE consortium), we are finally seeing the market rationalization that has been called for. The remaining question is how much more consolidation is necessary?”

Penn suspects that the recent 737-Max accidents will be top of mind of attendees. “From an economic standpoint, people will be interested in how the grounding and delayed delivery schedule may impact IFC provider revenues. In terms of safety, it raises the question of whether live sensor monitoring/streaming and big data analytics could play a role in preventing such tragedies in the future,” he says. Penn also expects to hear a lot about the emergence of Low Earth Orbit (LEO) satellites and flat-panel antennas. He says both have been discussed for years, but it seems we may finally be getting closer to widespread adoption.

One of the larger antenna companies represented at GCAS this year will be Phasor Solutions. The company’s CEO, David Helfgott, says there are many interesting developments ranging from the state of the IFC services market to latest technology innovations, and to the advent of the new Non-Geostationary Orbit (NGSO) constellations. “I suspect that these will be among the main topics of discussion at GCAS,” he says.

Helfgott says Phasor is very encouraged by the adoption rate of current state-of-the-art aeronautical satcom antennas and many major commercial airlines, especially in North America and Europe have made this investment. “There is a very large part of the market, and of the world, yet to be addressed including regional jets, Asia-Pacific, Middle East and Africa, and South America,” he says. “The current ‘state-of-the-art’ is heavy, mechanical and does not take full advantage of the opportunity of today’s market or the market that is to come.”

Viasat has made its presence felt in the IFC market over the last few years. With its high-powered satellites, the operator has signed service deals with airlines such as Qantas, American Airlines, JetBlue, and SAS. Don Buchman, Vice President and General Manager of Commercial Aviation for Viasat, outlines some of main topics he expects to see discussed at GCAS based on recent discussions with airlines. “Firstly, one issue I expect to see discussed is how to bring a seamless In-Flight Connectivity (IFC) experience to passengers across a multi-vendor IFC fleet,” he says. “Secondly, I expect to hear about how to monetize the IFC service — transitioning IFC from a cost-center to a profit-center — looking at sponsored access partnerships. Finally, I think there will be a discussion around IFC as a backbone tool to enhance operational services.”

Similar to the satellite industry at large, the IFC business is also at an inflection point. Connectivity is no longer the shiny new thing, and most consumers are expecting much more out of their in-flight media experience. Still, Buchman believes that capacity is king — and that it needs to be cost-effective for the airline. “The more capacity you have — at the right cost — enables airlines to offer better services,” he says.

Helfgott talks of the inability of some service providers and airlines to provide enhanced experiences, and thus this has created, in some cases, negative feedback. “In the cases where the right satellite capacity and the right access technology are offered together, the passenger experience has been exceptional and so has the adoption rate,” he says. “We see this as the first step towards the future of connected aircraft where there will be a multitude of satellites and options and only the most agile and dynamic access technologies will empower airlines to offer that level of service globally.”

With thousands of LEO satellites set to be launched over the next few years, many wonder if they can provide benefits to the IFC market. Penn says, “Even with constellations like OneWeb now into their launch campaign, many questions remain: Will electronically steered antennas be ready and at an affordable price point? Will airlines be willing to take their fleets outs of service to swap-out existing hardware for new LEO kit? Will the added capacity address shortfalls in hotspot regions where it is most needed? While OneWeb claims seven Tbps of global throughput, much of that will be lost over oceans and the poles. Other constellations have different approaches, but don’t have the funding. And then there is Amazon, where funding presumably won’t be a problem. However, they’ve shared very few details of their system.”

Buchman, while welcoming new entrants into the market, believes we are far away from LEO constellation operators making a strong impact. “Specific to LEOs, their constellations are years away from launch; their focus on IFC is unclear; and while they tout lower latency as a strength, this is virtually a non-issue in the air for GEO providers. We’re proof of that,” he says. “We can do high-speed streaming video and audio, web browsing, and more — and at scale.”

Helfgott however, believes LEO systems could be transformational for the IFC industry. He says, “The increase in available bandwidth in general, especially over remote locations poorly served by GEO satellites, means that we will finally have ubiquitous, global broadband connectivity. This will be transformational for IFC service providers, for airlines and for passengers, especially for those traversing the Polar routes.”

This year’s GCAS event will feature its first panel looking at Artificial Intelligence (AI) and Machine Learning (ML). Speakers from Airbus, Boeing, IBM and Google will participate in a discussion about the impact AI could have in the IFC market. “Will AI radically change the market — it’s too early to tell today,” says Buchman. “But I would suspect all IFC vendors are using some form of these technologies today for capacity planning, key passenger learnings, operational cloud-based activities and more.”

Penn, however thinks, ML/AI applications are still a way off for IFC. “The most likely applications would focus on aircraft maintenance and monitoring for anomaly and failure prediction. If we can intelligently identify the right data to pull off a plane, that could open the door to entirely new Maintenance, Repair, and Overhaul (MRO) concepts,” he adds.

Penn believes the market is in place where the transition from “land-grab” to execution is well under way. “My hope going forward is that providers are able to deliver on their tech-roadmaps and deployment schedules so that the majority of the world’s commercial flights are connected by 2022. A “stretch goal” would be electronically steered antennas deployed on aircraft at a comparable, if not better, price point than their mechanically steered counterparts. And lastly, as alluded to before, a bit more consolidation in the industry would bring stability to more providers and airlines alike,” he says.

GCAS will also dive into network and passenger data protection. At Via Satellite’s 2018 CyberSat Summit, Ken Munro, Partner at Pen Test, spoke of the growing cyber threat to the satellite industry, as well as common vulnerabilities related to the shipping and maritime sector. At this year’s GCAS, he will give a keynote about similar threats in aviation. We will also have Jessica Ferguson, Chief Information Security Officer (CISO) of Alaska Airlines hosting an exclusive workshop/interactive session looking at cyber issues.

Our passenger experience panel will feature a number of major airlines such as Etihad, WestJet, and Aeromexico. To add a bit of variety to the panel, John Padgett, Chief Experience Officer of Carnival Cruises, and a key influencer within the cruise sector, will also join the panel. Our opening IFC influencers panel at GCAS will feature executives from SmartSky Networks, Delta, Southwest, JetSuiteX, Qatar Airways, and CNN, among others. The satellite industry is also well represented at the event and we have great speakers from the likes of SES, Intelsat, Viasat, Phasor, Honeywell, and Cobham.

The 2019 GCAS event is our biggest and best yet. We will have enhanced networking opportunities that provide the satellite industry and others with more quality time to discuss issues shaping the in-flight industry.

Subscribe to Avionics to get the insights into the latest technology and trends of the global aircraft electronics market. Stay updated on global aviation technology intelligence, including the connected aircraft, NextGen, avionics, innovation and global air traffic management. Enjoy our content across all platforms with our new digital edition, designed with a responsive template to guarantee a superior reader experience across all devices, including tablets and cell phones.

Via Satellite, the industry’s leading magazine, keeps its subscribers “in the know” by providing essential news and analysis on the global commercial communications satellite industry.

VISIT OUR OTHER EVENTS